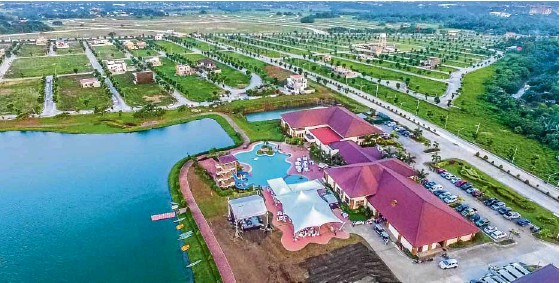 The City of Iloilo continues to be on the radar of many investors.

With Iloilo seeing a much improved business landscape, highly improved infrastructure and a skilled labor force, the city is well on its way to becoming a much coveted investment site. And with the spotlight turned to the city’s potential to become a significant contributor to the country’s overall economic growth, many businesses are now looking at the possible opportunities that can be tapped here.

So far, a number of industries here continues to thrive, benefiting from the unprecedented growth in the area, thus giving Ilonggos a good headway in terms of acquiring valuable investments. Such is also the reason that makes the city a tru- ly viable destination for developers looking to expand their reach and cater to an untapped or even larger market segment.

“Iloilo is Sta. Lucia’s third provincial venture coming after Cebu and Davao. We decided to become a part of Iloilo because we can see that there was a big population with needs waiting to be served. There are a number of OFWs in Iloilo and their primary target is almost always to invest in real estate,” explained Sta. Lucia Land President Exequiel D. Robles.

Trusted property developer Sta. Lucia Land Inc. has long established its presence in the area, way before other national developers entered and saw value in the city. And much like its previous projects outside of Luzon, its entry proved to be strategic as it gained them that first mover advantage.

“We have long seen the potential that Iloilo holds even for property developers. Being in the business of home and community building for decades now allowed us to really identify areas that hold much poten- tial for our developments. Strengthening our presence in Iloilo holds a highly promising proposition that would allow Sta. Lucia to thrive and expand its business within the province,” Robles shared.

Sta. Lucia currently has eight projects in the province namely Green Meadows, SotoGrande Iloilo, Nottingham at Metropolis, Metropolis, Centro Verde, Monte Rosa, Costa Del Sol, and Acropolis. These developments ranged from condominium projects to townhouse and subdivisions and eventually a planned township. According to a recent disclosure to the Philippine Stock Exchange, the company reported that it was working on more expansion projects in Iloilo, that would bring its total footprint in the province to 500 ha.

“We have been serving the needs of the Ilonggos for over two decades now and we will continue to expand our footprint in the province until every need for a decent home is served. With a good infrastructure and a healthy business environment in place, we cant see any reason why we should slow down,” Robles said.

“There seems to be a renewed confidence in the City of Iloilo as various businesses and industries continue to expand their presence in the area. Moreover, the city has managed to position itself as an ideal destination for the MICE sector, thus requiring for more developments that could serve the needs of these new market” he added.

Meanwhile, to further strengthen its presence in the City of Iloilo, Sta. Lucia has been aggressively working on completing Phase 2 of Green Meadows Iloilo. Green Meadows was one of Sta. Lucia’s earlier offerings which made a mark among Ilonggos as it was the first lake development in the city.