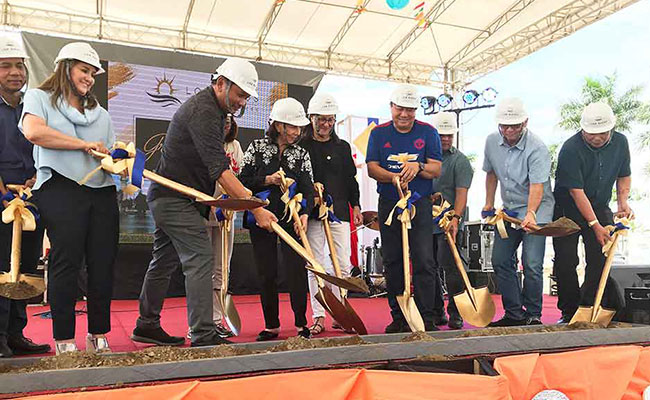 WHAT used to be a banana plantation in Barangay Madaum, Tagum City in Davao del Norte is transforming with the groundbreaking of Los Rayos Lakeside Residences, a 37-hectare residential development by Sta. Lucia Land Inc. and Hijo Industrial Estates, last March 15, 2018.

The residential development features a medium density subdivision with a swimming pool, basketball court, children’s playground, underground drainage system, centralized electric and water system, cemented roads and sidewalks, and 24/7 security. It is part of the 760-hectare township development by the Hijo Estates that broke ground on Jun 16, 2017, which will include a town center at its core with business, commercial and retail activities, a satellite government centers, a leisure and tourism development that includes a 60-hectare forests a natural habitat for wild local flora and fauna including Philippine hardwood species, and a four-kilometer-long fine sand shoreline, mangroves, and creeks and streams.

It will also have an Information Communication Technology area for business process outsourcing companies and other information and communications technology based establishments. Earlier last year, the prototype for its low-density development made up of plantation villas was unveiled.

The lake will be at the center of the enclave where the clubhouse, sports facilities, and parks and jogging paths will be developed. The groundbreaking program had a rustic touch to it with the backhoe and bulldozer parade and gymnasts and an aerial silk dancer as among the performers.