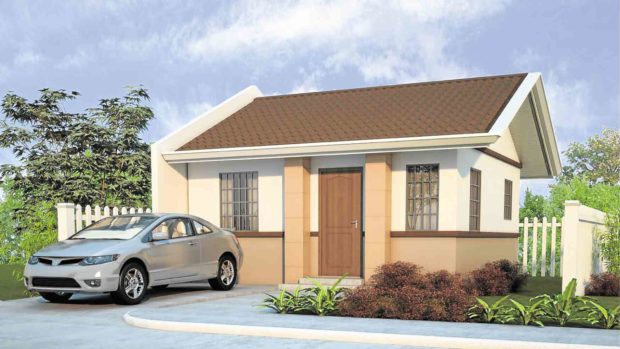 The growing interest in the North has become more apparent in recent years.

And so as more investors and industries have started to set their sights north of Metro Manila, it’s easy to assume that something is really brewing in that side of the country.

Today, provinces in that area such as Pampanga, Tarlac and Zambales are being tagged as the latest investment hotspots on the back of the new infrastructure projects being planned for and implemented in the north.

The province of Pampanga, in particular, has laid out quite a good foundation that could most likely guarantee a great opportunity for any prospective investor or potential homebuyer.

From road improvements and infrastructure modernization projects, to the creation of a new city envisioned to become the next big thing in the country, Pampanga has practically everything that you will need.

Apart from attracting retailers, restaurants and manufacturing industries, Pampanga has also caught the interest of many property developers.

Given the continuous improvement of the North Luzon Expressway and the opening of other major highways to make traveling to the north a breeze, major real estate firms have likewise seen the potential of the province and are now in a frenzy to create truly world-class projects and highly conducive communities.

One developer that has long seen the potential of Pampanga is Sta. Lucia Land Inc.

The company has long created its legacy as it built and developed over 10,000 hectares of land through more than 200 property projects over the past four decades. It currently has developments ranging from townships, golf communities, house and lot developments, mid- and high-rise condos, condotels, residential resorts and even commercial malls.

Glory Heights is the first full-scale subdivision of its kind to rise in the historic and progressive town of Sto. Tomas.

And Sta. Lucia’s presence in Pampanga is set to further strengthen its foothold in the real estate market and further cement its mark as a dependable partner of every hardworking Filipino in building their dreams.

“We, at Sta. Lucia, will never stop cultivating lands and turning it into communities where dreams are realized and passions are nurtured. We believe that as a responsible developer, we have a duty to fulfill—and that is to create developments that future owners can enjoy and see much value from,” explained Sta. Lucia Land president Exequiel Robles.

“For decades now, we have strived to create and deliver projects which our homebuyers and investors find worthy of their hard-earned money. We don’t take shortcuts and we make sure that what we give them is something that they can take pride in,” he added.

One of Sta. Lucia’s prime projects in Pampanga is Glory Heights Residential Estates, which will have the blessing of its model units this month. The model units will provide potential buyers a preview of the lifestyle that awaits them.

The first full-scale subdivision of its kind to rise in the historic and progressive town of Sto. Tomas, the Glory Heights Residential Estates is a modern community that provides a conducive environment to raise families, while offering a smart, practical investment option.

Glory Heights is a modern community that provides a conducive environment to raise families.

The subdivision is accessible through McArthur Highway, San Simon Exit and the North Luzon Expressway. Future residents of Glory Heights can expect ease and convenience in terms of having access to life’s necessities as it is strategically situated beside some of Pampanga’s busiest districts that include the highly urbanized City of San Fernando.

Moreover, it is just minutes away from major banks, public market, schools and commercial centers thus giving one the privilege to indulge in the comforts of a modern life, while basking in the serene ambience and highly uplifting vibe offered by Glory Heights. Its well manicured and landscaped surroundings would be enough to get you through the day feeling recharged and rejuvenated.

A leisurely stroll at the paved walkways to help relax the frazzled nerves is also something future homeowners can look forward to.

The subdivision also features a clubhouse where various celebrations and gatherings can be held. And as with every Sta. Lucia Land project, Glory Heights also offers topnotch amenities and facilities such as a tennis court, children’s park and playground, swimming pool and basketball court that could make living here truly enjoyable.