All signs seem to point north, giving investors, homebuyers, and of course the property developers themselves all the more reason to place their confidence in the real estate sector. 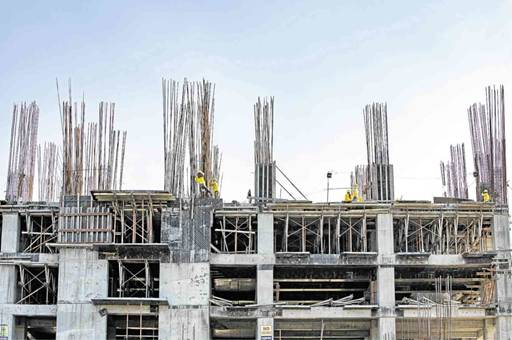 All signs seem to point north, giving investors, homebuyers, and of course the property developers themselves all the more reason to place their confidence in the real estate sector.

Notwithstanding the perceived political risks and security issues like the armed conflict in Marawi City, the Philippine real estate sector is continuing its bullish run—evident in the bustling construction activities not only in Metro Manila, but even in the provinces as well.

This, according to an industry official, is being driven largely by a robust and resilient Philippine economy.

David M. Dela Cruz, executive vice president and chief financial officer of Sta. Lucia Land Inc. (SLLI), waxed optimistic about the sector’s prospects on the back of these favorable macroeconomic indicators that include a strong economic growth, low inflation, and a healthy banking sector.

In the first quarter of the year, the country’s gross domestic product grew 6.4 percent, which was among the fastest in the region. This, however, was lower than the expectations of the government, which was targeting a GDP growth of 6.5-7.5 percent in 2017, and 7-8 percent next year.

“Our economic growth is still over 6 percent, which is still high although the trickle down effect of that will need sometime before it can be felt. But if this is sustained, you’ll see that the money will trickle down from the wealthiest, to the middle class and to the poorest over time. Wages will increase and so will the quality of life,” Dela Cruz explained.

“The recent report about inflation was welcome news because if rates remain to be low, then that’s a sign of progress,” he further said.

Dela Cruz was referring to the inflation rate in June, which fell to a five-month low of 2.8 percent. This was reportedly indicative of stable prices for the rest of the year.

Add to these factors is the current low interest rate regime which, according to Dela Cruz, may also help more people to have access to credit.

“All these (developments) can only benefit the real estate sector,” Dela Cruz stressed.

Despite the healthy macroeconomic indicators, the private sector, however, is also awaiting developments in key issues, as these were deemed crucial in sustaining the country’s strong economic growth.

“Finance Secretary Carlos G. Dominguez III is bullish about the Philippines breaking out into a real tiger economy. But two important things will have to be done: one is the tax reform bill, which will change the landscape of how those in the middle class and below the poverty line will be taxed; and second is the (government’s thrust to usher in the) golden age of infrastructure because real estate is based on infrastructure,” Dela Cruz said.

“And when you say infrastructure, it’s not just the roads and the bridges. It also refers to power, water, telecommunications, and internet connection, among others. If you see an improvement in all of these facilities, a growth in real estate will follow,” he explained.

The Duterte administration is currently eyeing to modernize the country’s infrastructure backbone with an ambitious P8-trillion program that will be rolled out until 2022. A hybrid public-private partnership program was even introduced as this was expected to attract more capital in the sector.

Dela Cruz himself stressed the significance of the government’s planned infrastructure program as he pointed out how such projects will spur connectivity to commercial, industrial and residential places—something that Sta. Lucia Land had experienced first hand in its projects in the provinces.

“Sta. Lucia Land, as you know, is spread all over the country. For us, we’ve seen how connectivity can improve the value of all our assets… If you have new roads connecting to our projects, not only will our projects sell well, but it will encourage more projects in that area to be developed,” he said.

“So infrastructure is crucial and right now, we’re more than happy because a number of our projects are benefiting from them. One example is a project in Iloilo which was a beneficiary from a government-led infrastructure project. The price appreciation there went up by 50 percent almost overnight because suddenly, there was a road access to that project,” Dela Cruz disclosed.