Batting for a Great 2020 Investment

After all the excitement and merrymaking during the holidays, it’s now time to face an amazing year ahead.
And what better way to start off your year right than making an investment for yourself this time? Perhaps, you can take up a new hobby, say yes to more travel adventures, or better yet, invest in a new home—whether it’s for your own use eventually or as an asset you can add to your investment portfolio.
Sta. Lucia Land has a new and exciting offering that straddles across portions of Quezon City and Marikina City, where prime living means easy access to both exceptional modern conveniences and the sought after laidback suburban living. 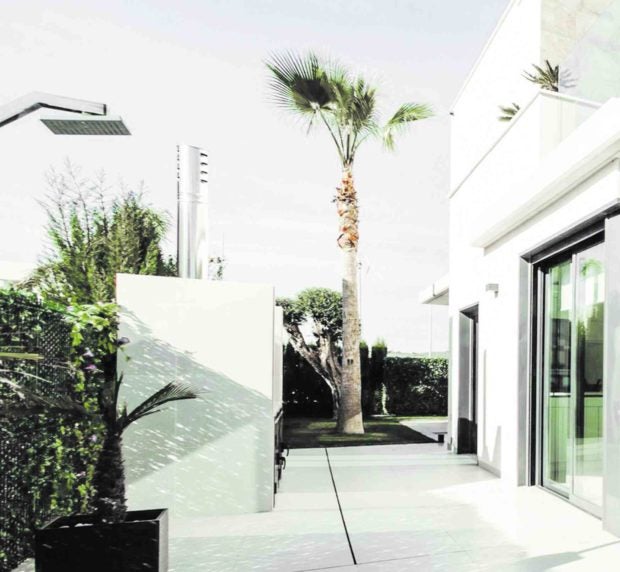 No doubt that upon its completion, the 40-hectare Acropolis Loyola by Sta. Lucia Land is well poised to offer the modern urban dweller this exceptional lifestyle that seamlessly blends the best of both worlds. On offer will be 308 residential lots with an average size of 300 sqm, as well as 14 commercial lots averaging 1,000 sqm each.
Future residents, of course, will get to enjoy amenities such as swimming pool, covered basketball and tennis courts, while other features include a fully landscaped entrance gate with guardhouse, wide concrete road network, underground storm drainage system, as well as trees and mercury lamps along the roads, among others.
But there are a lot of things that make living in this part of the metro all the more exciting. Both Marikina City and Quezon City offer residents rich history and culture, a haven for foodies, as well as a sustainable urban community. Add to that the improved accessibility to key areas within Metro Manila in the near future, thanks to the infrastructure projects lined up within or near the two cities. 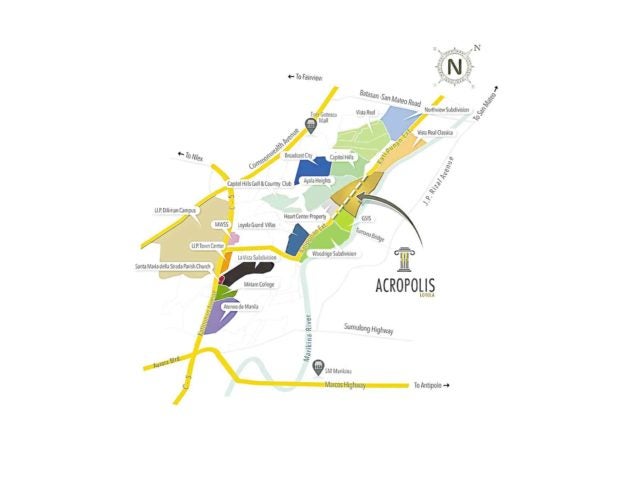 Proposed infrastructure projects include the 414.9-meter Marikina-Vista Real Bridge; JP Rizal-Lopez Jaena Bridge; the Mega Manila Subway; and the 5.76-km Katipunan Ave. Extension Project, among others.
Although as it is, the accessibility to most modern conveniences from the future Acropolis Loyola is already exceptional.
For instance, soon-to-be residents will enjoy proximity to top universities and schools such as Ateneo de Manila University, Miriam College and University of the Philippines, which are all located in Quezon City; as well as St. Scholastica’s Academy Marikina.
Large commercial and shopping complexes are nearby as well as hospitals and churches. Acropolis Loyola’s location also makes it easier for one to travel to some of the metro’s most popular landmarks, which are mostly half an hour away. These include the La Mesa Ecopark in Novaliches; Quezon Memorial Circle and Ninoy Aquino Parks and Wildlife Center, which are both located along the Elliptical Road in Diliman; as well as Art in Island in Cubao. 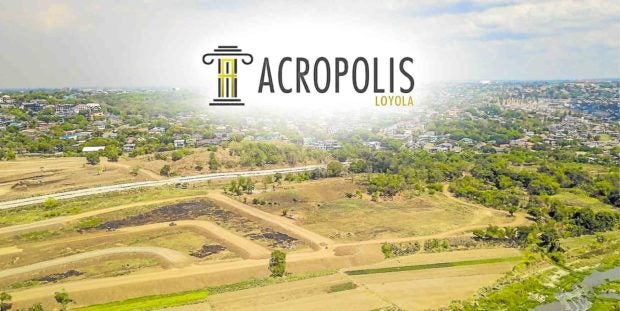 Acropolis Loyola will be another development well worth your investment.

For sure, Acropolis Loyola will be another development well worth your investment.
After all, you really can’t go wrong with Sta. Lucia Land as its exceptional portfolio of projects should be more than enough proof of its credibility as a developer. The whole Sta. Lucia Group boasts of more than 220 projects completed in more than 10,000 hectares of land spanning 70 cities and municipalities in 10 regions. These projects include lots, townhouses, condotels, world-class golf courses and country clubs, the first large-scale comprehensive mall in the eastern corridor of the metro, resorts and lake communities, among many others. Soon, it will also have offices to round up its property offerings.