The Philippine real estate sector continues to enjoy a strong run.
And fueling that robust growth is the growing appreciation among Filipinos about the value of property investment and the aggressive roll out of infrastructure projects, which in turn are unlocking land values outside the metro. Increasingly, more opportunities are thus opening up in previously untapped areas, where growth has started to spill over.
Whereas before, national developers are working on showcasing their projects within the major cities and key central business districts, many of them are now acknowledging the need to go out of their comfort zones. And in recent years, there had been an influx of developers moving across the country in the hopes of getting a bigger chunk of the market outside the metro.
Growing demand
“We have to acknowledge the growing demand for quality housing developments not only in Metro Manila and its neighboring cities but also in the provinces. As developers, we are highly aware of how the government’s Build, Build, Build program has helped stir economic growth in other parts of the country and opened a new opportunity for us to showcase our developments and provide decent housing choices to many hardworking Filipinos,” said Sta. Lucia Land Inc. president Exequiel Robles.

“In the case of Sta. Lucia, we have long acknowledged the need to diversify and move to other parts of the country to ensure that we will be able to fulfill our promise of helping many Filipinos build their dreams and create their legacy,” he added.

A company that has been providing top quality developments for over four decades now, Sta. Lucia has managed to establish a strong foothold in various parts of the country where decent housing and wise investments are needed. Through aggressive land banking and reliable joint ventures, it was able to expand and provide landmark yet value-for-money projects.
Expanding presence
“Sta. Lucia’s long-term plan has always been to increase its nationwide geographic depth and breadth in its residential, commercial and tourism portfolios. This is why even outside of Metro Manila and Luzon, we make sure that we have strong presence. We believe that in order to stay relevant in the business, one must have a strong and diverse presence,” Robles related.
One of Sta. Lucia’s biggest presence outside Metro Manila would be in Region 4A, which included the provinces of Cavite, Laguna, Batangas, Rizal and Quezon (Calabarzon)—or areas that are deemed to be rife with more opportunities for growth and expansion. 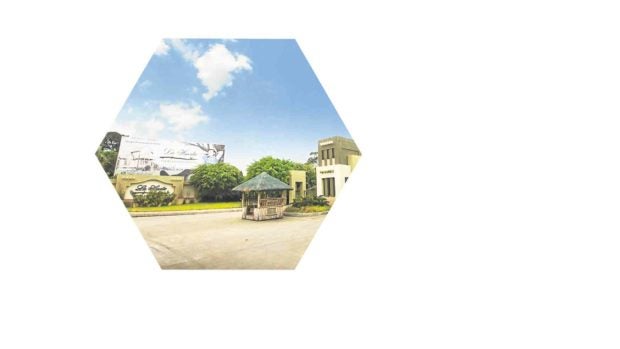 “We have long seen the potential of the area thus we made sure that we have enough land there to develop. We have existing and ongoing projects in Batangas and Cavite —all set to benefit and enhance the lives of our fellow Filipinos,” Robles explained.
“Our projects in the Calabarzon area are quite diverse as we have resort developments, golf courses and condotels apart from our usual large-scale lot and house and lot developments. And with the numerous infrastructure projects being undertaken in the region, we believe that land values will be unlocked and future homeowners and investors are set to gain from it,” he further said.
Aggressive landbanking
Sta. Lucia’s projects in the area include, among others, La Huerta in Calamba, Laguna; Green Meadows in Bauan, Batangas; Cambridge Place in Tanauan, Batangas; Nasacosta in Nasugbu, Batangas; and Aquamira in Tanza, Cavite. 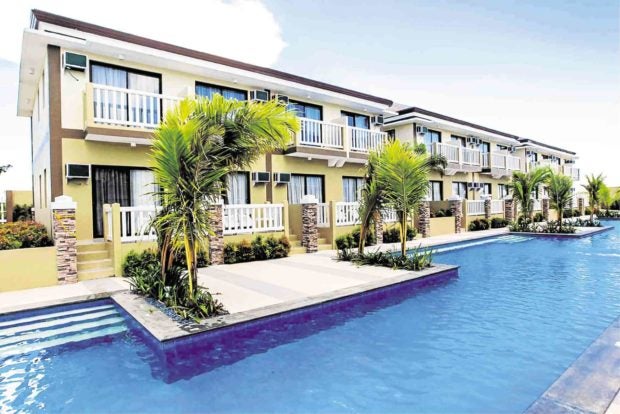 “Through our aggressive landbanking activities, we were able to diversify and reach areas where Sta. Lucia developments are most needed. Our strong foothold in Region 4A serves as a solid manifestation of our commitment to continuously develop lands and provide decent housing and well planned communities to many hardworking Filipinos,” he said.
“We see the Region 4A as a very valuable growth area for us. We believe in its potential that’s why we remain committed in delivering more projects in the area. Hence, we see no reason for us to stop building high quality and value for money developments in the region and in the coming months, we will continue to roll out even more projects for the benefit of Calabarzon residents,” Robles concluded.
Read more: https://business.inquirer.net/272576/developer-cements-strong-foothold-in-s-luzon#ixzz61e8omvyg
Follow us: @inquirerdotnet on Twitter | inquirerdotnet on Facebook