Becoming a trusted partner of Filipino families is a reputation that Sta. Lucia Group of Companies has earned from its more than four decades of developing premium subdivisions, vertical residences and world-class commercial developments such as golf courses, country clubs and a grand mall.
Sta. Lucia’s roster of communities span nationwide – from Cambridge Place in Batangas, Sierra Vista Residential Estates in Quezon City, Acropolis Subdivision in Iloilo City and the Vista Grande Subdivision in Cebu, to name just a few. In the recent years, the developer has been exploring the attractive living proposition in Davao City. 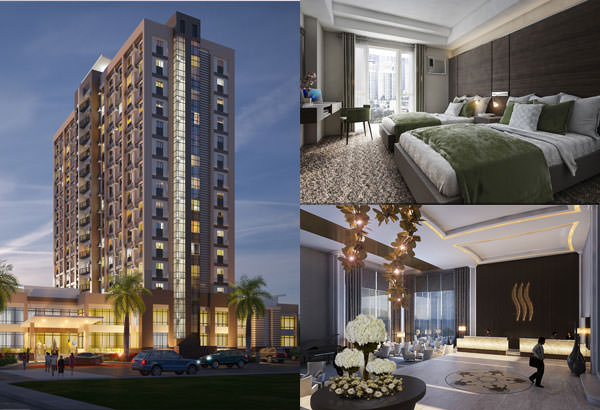 The leisurely vibe, safe and secure atmosphere and affordable cost of living make Davao an ideal home to raise a family.
“Davao is the largest city in the Philippines. It has a huge land area and is becoming more and more a progressive centre of trade, commerce and industry in the Mindanao region and in the Philippines,” said Exequiel Robles, president and CEO of Sta. Lucia. “I think exploring the real estate potential of Davao is a developer’s dream. It’s not as congested as Manila and has a peaceful character ideal for families.”
Sta. Lucia’s growing portfolio in Davao consists of new master-planned communities that will bank on the developer’s taste for quality, convenience and comfort.
The developer has also begun planning for the development of the 50-hectare Soller with joint venture partner Lapanday Properties, Inc. Soller will be part of the large-scale mixed-use, master-planned development of Ciudades Estate.
Aside from residential communities, rising at the heart of Sta. Lucia’s Davao Riverfront Corporate City is the SotoGrande Hotel Suites – a first-class condotel development combining the best of leisure and business.
A FAMILY LEGACY
The Filipino family has always been the inspiration for each of its ventures as it draws lessons and memories from its humble beginnings as a small family business.


Sta. Lucia, then called Buen-Mar Realty, was established by siblings Buenaventura Robles and Marcela Robles-Santos in 1972. The Buen-Mar partnership produced namesake subdivisions in Pasig, Taytay, Morong and Rizal. Soon, they changed the name of the company to Sta. Lucia Realty & Development, Inc. – named after the patron saint of Barangay Manggahan in Pasig City where the family lived.
Buenaventura died after some years and his sister, Marcela, in her grief, followed her beloved brother after a few months.
It was this turning point in their lives that gave way for the 17-year old Exequiel Robles to take the helm of the family business. The eldest of eight children and barely out of college, he assumed the role of provider for his family.
“I started with buying and selling properties,” said Robles, now the leader behind Sta. Lucia properties. “My heart was really into developing subdivisions, but my father never got to teach me how. With no proper education or training, I started observing realty companies, how they buy raw land, develop it and sell the property for a higher value. It fascinated me. I studied their practices thoroughly, shaped them with my own vision and eventually applied it to how we did our own business.”
Sta. Lucia has developed more than 10,000 hectares of land and continues to be the trusted partner of Filipino families.