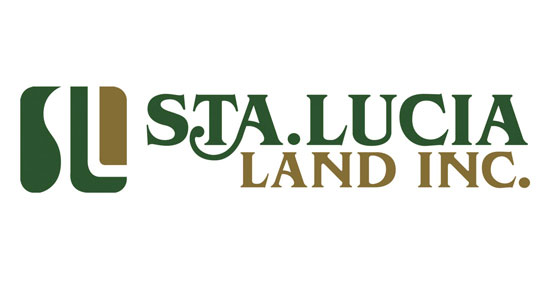 Property stocks are seen to lead the local stock exchange this year, analysts said, given the prospects of the listed companies under this industry.

Once the final rules on real estate investment trusts (REITs) are released, investor sentiment toward property shares is expected to surge, RCBC Securities Inc. acting President and concurrent head of research Raul Ruiz told The Manila Times in an email.

REIT — which is set to be launched this year, according to the Securities and Exchange Commission — will allow the investors to channel their funds to profit-earning properties and infrastructure, among others.

Among the firms that expressed interest to issue REITs are DoubleDragon Properties Corp., Megaworld Corp. and Ayala Land Inc.

Ruiz was also optimistic that residential sales will continue its uptrend given the demand from overseas workers and foreign buyers as income increases. This is being supported by gross domestic product of 5.5 to 6.5 percent in the past years, he said. Apart from these, the RCBC analyst said that office space leasing will still be supported by growing demand from Philippine offshore gaming operators (POGOs), business process outsourcing (BPO), and traditional office clients. Pronove Tai and Associate Philippines, a property consultancy firm, said that about 250,000 square meters (sqm) of office spaces are available for POGOs this year, of which the bulk or 34 percent are in the Bay Area. The BPO sector, meanwhile, is seen to take up 400,000 to 430,000 sqm in 2020. Philstocks Financial Inc. research associate Piper Chaucer Tan, meanwhile, said that property — along with services sector — will “drive the economy moving forward.”

“Coupled with easing monetary policy and strong domestic spending, these sectors will greatly benefit [from] the strong macroeconomic fundamentals and being resilient of the Philippine economy vs Southeast Asian nations,” he added.

Bangko Sentral ng Pilipinas (BSP) reduced policy rates by 75 basis points (bps) in 2019, bringing the overnight borrowing, lending and deposit rates to 4 percent, 4.50 percent and 3.50 percent, respectively. Research firm Fitch Solutions recently reported the BSP will likely cut interest rate by 25 basis points this year “against a backdrop of subdued external conditions for the Philippine economy. ”Regina Capital Development Corp. head of sales Luis Limlingan pointed out that property firms — along with gaming and banking sectors — have “solid fundamentals,” giving them an edge over other industries this year. This, along with developing middle class, increasing liquidity in the market and projected policy rate and reserve requirement ratio reductions this year would propel the sector, he added.

Company-wise, Ruiz said that Vista Land & Lifescapes Inc., Semirara Mining and Power Corp. and Robinsons Land Corp. were among the top picks for this year. He is considering Vista Land to be a “play on the Bulacan airport, since it has the most land bank among property developers in the immediate vicinity of that site.” For Semirara, Ruiz was expecting a recovery in net income this year, reflecting the full rehabilitation of its two power plants. The firm saw its consolidated net income drop by 4.81 percent to P8.25 billion in the first nine months of 2019 from the year-earlier P8.66 billion on higher expenses. Robinsons Land, meanwhile, recently inked a joint venture agreement with DoubleDragon to develop a 1-hectare property — to be connected to Bridgetowne — in E. Rodriguez Jr. Avenue, Libis, Quezon City.

CLI earlier said that it was aiming to secure P50-billion worth of projects amid its continued land acquisitions in several cities in the Visayas and Mindanao. SLI, meanwhile, entered into joint ventures last year to develop properties in Rizal and Davao. Retail firm Wilcon Depot Inc. is also seen to “flourish,” Tan said, as long as inflation settles within targets. Limlingan, for his part, said that SM Investments Corp., San Miguel Corp. and AllHome Corp. were seen to perform the best this year given their “growth prospects and defensive properties.”

These firms were known for their “aggressive expansion” efforts,” he said, adding that they could also “surprise with acquisitions.”