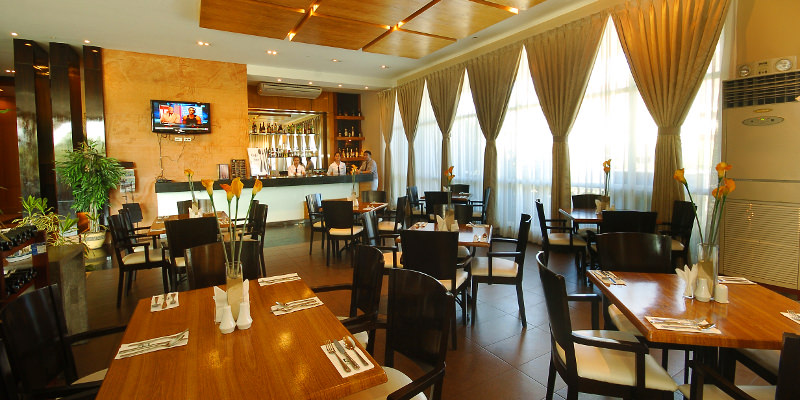 DAVAO City, the third most populous city in the Philippines, is not only the largest in the world in terms of land area—it is also one of the world’s finest cities with the fastest-growing economies.

In fact, it was cited by the City Mayors Foundation as the 87th fastest-growing city in the world in 2011 with a projected average annual growth of 2.53 percent over a 15-year period. Moreover, Davao is an investor- friendly city, offering the lowest local tax rates for new investments.

It is, therefore, no wonder that the city is currently under the spotlight of local and foreign investors across industries. One of the big names that have made its mark—and one of the bigger forces to reckon with in the real-estate industry—in Davao City is property developer Sta. Lucia Land Inc. (SLI), which currently has nine developments in the city, including residential and recreational properties.

SLI has developed over 10,000 hectares of land with over 200 horizontal and vertical development projects throughout the country. Since its inception in 1972 by members of the Robles-Santos family, the company focused on building planned residential subdivisions communities that cater to the emerging middle class.

Believing in the potential of Davao

“DAVAO City is the growth center in the south,” said SLI president and chief executive officer Exequiel Robles. “It is also an ideal investment as the city is generally peaceful, making it inviting for investors.” With nine developments under the company across the city, SLI proves to be a driving force when it comes to subdivision developments. Robles cites the stiff competition in the city as there are both Davao-based and the bigger Manila-based developers, but SLI is the biggest, especially in terms of land area.

AS SLI boasts its status as one of the leading developers of golf courses in the country, two of its developments in Davao have golf courses—Rancho Palos Verdes, a 164-hectare master-planned estate located in Mandug, Indangan, complete with a golf course, a golf club, and residential homes with a Spanish-Mediterranean theme; and South Pacific Golf and Leisure Estates, the first exclusive leisure estate in Catalunan Pequeño that will give members unlimited access to both golf and country club and beach.

South Pacific Golf and Leisure Estates, on the other hand, takes pride in its Arnold Palmer Golf Course, an exquisitely designed 18-hole full-length open course. Aside from the usual amenities that SLI provides its communities such as a swimming pool, basketball court, wide concrete network, underground storm drainage system, and centralized interrelated water system—residents of South Pacific Golf and Leisure Estates get to have the chance of waking up to the sight of the sea’s endless expanse as they are also entitled membership to the Bali Hai Beach Club on Talikud Island.

Meanwhile, Davao Riverfront Corporate City is a 60-hectare community that is master planned to be a self-sufficient city within a city. Corporate offices in a well-secured 45-hectare business park, a 10-hectare residential subdivision, and a five-hectare tourism center are all seamlessly constructed to be Davao’s business center point.

Lastly is Ponte Verde, a 28-hectare high-end subdivision located along the Philippine-Japan Friendship Highway in Panacan. A stone’s throw away from the Davao International Airport, this well-developed community is strategically accessible to all forms of public transportation and a variety of commercial and recreational establishments.

With the first half of the income target already met, there is no stopping SLI from moving further. “SLI is very active in developments, and we have started venturing into condotels and condominiums,” said Robles. He reports that the company has embarked on a new multibillion-peso condotel project at the top of Punta Engaño in Lapu-Lapu City, Cebu, and has an ongoing 7.7-hectare property development project in Dagupan City.

He also says that SLI is looking into doing a project in General Santos City and Palawan.

“Our marketing arm, Orchard Property Marketing Corp., is very active as well, with international offices in the United Kingdom, Dubai, Singapore and the US, aside from the local offices nationwide,” he continued.

It is apparent that SLI has a lot in store for the market in the coming years, including a second mall in two years, but Robles says the company is more focused on subdivision development, a segment in the realty industry it has a firm grip on.