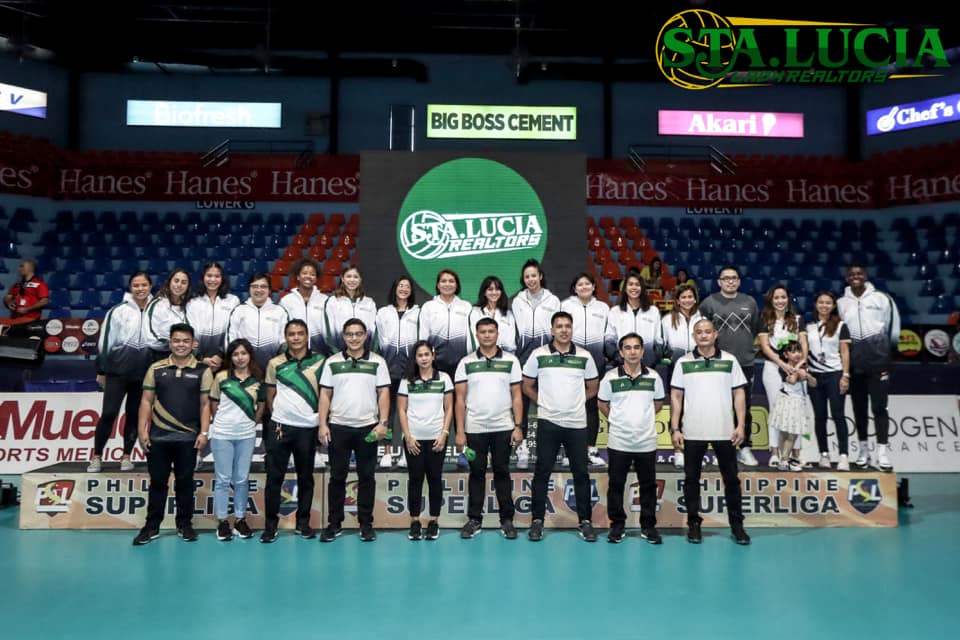 Sta. Lucia Land is aware of its place in Philippine Superliga (PSL) history. But that doesn’t mean the Lady Realtors are content with where they stand in the league.

The team has been constantly rebuilding since joining the PSL and has made no secret of its desire to be on the top one of these days. And the latest i­teration of the squad is buz­zing with excitement as the Lady Realtors prepare for the 2020 Grand Prix tournament.

“Just based on the past [tournaments], I think there’s certain expectations,” said Jessica Vestal—there was no need to expound on the fact that those expectations aren’t exactly lofty. “But I think with every­one working so hard, there’s going to be some surprises.”

Heck, the tournament hasn’t even started yet and already, Sta. Lucia pulled off the biggest surprise in the offseason, acquiring national team middle blocker Mika Reyes from perennial champion Petron.

Reyes, the former La Salle standout in the UAAP, brings a heavy dose of poise and experience to a team that has long set its eyes on creating its own rich championship tradition in the future.

After all, Reyes has been part of several winning programs since bursting into the collegiate volleyball scene.

She has no pretensions as far as expectations go.

“I can say that we’re still [a work] in progress as far as building the team is concerned,” Reyes said. “We’re doing it step by step. We’re not in a rush. These things take time to build.”

But Reyes, along with fellow key reinforcements reeled in by Sta. Lucia can feel brighter things ahead.

“From my perspective, it’s a different team now. Expect us to give our all and to make things really exciting,” she said.

Much of the excitement centers on the teams new recruits.

Aside from Reyes, there’s outside hitter Shainah Joseph, who injects a heavy dose of confidence in the team, and Vestal, a Filipino-Canadian outside hitter.

Shainah Joseph (top) and Jessica Vestal are two of the new faces for Sta. Lucia this year.

“What I can bring is the physical aspect of my game, like I’m a high jumper and very strong and super explosive,” said Joseph, a member of the Canadian national women’s basketball team. “My blocking also. I think blocking is one of my best traits as a player and I think also my leadership skills. I have a big voice and I’m not afraid to use it and I bring a lot of energy and I love playing the game.”

“I think personally I can bring a lot of intensity and I get fired up a lot when the team is doing well,” Vestal said.

Reyes also adds a new dimension to the Lady Realtors in terms of atmosphere: “I bring in a lot of positive attitude. Everyone is still adjusting and I think being positive will help us build our team.”

The Lady Realtors joined the league in 2017 but have yet to finish better than fifth a tournament. This year, the team will make a strong push to improve on that.

“I think this Grand Prix, Sta. Lucia has a lot of room for improvement and a lot of room to be a Top-3 team. We have a lot of depth in our team and anybody on the bench and on the court can switch any time and we can still be successful,” Joseph said.

“I believe that we’re really young and very adaptable and very athletic and that gives us a lot of advantages.”

“I love my teammates. Everyone here is hardworking, resilient and they give their best effort,” Vestal said. “As friends, supportive. They are people I know I can talk to when I’m not feeling well, they’re people I’m comfortable with when I want to hang out outside of volleyball.”

“I love my team, absolutely. From day 1, they are just jokesters, they love to have fun. But we also are super competitive. So in any aspect, like on the court and off the court, we’re always competing. Last night we had bingo and we were all in there competing. I really enjoy my team and they make the whole experience and me playing for them a whole lot better,” she said.

“When my teammates are having fun and I’m having fun, everything is good,” Joseph added.

That kind of bond only serves to complement a talent that is ready to prove its worth. It’s now just a matter of turning those factors into victories on the court.

With veterans like Phillips, Lastimosa, Ahomiro, Tubino and Pineda showing the way and with the right mix of youth and athleticism, Sta. Lucia is out to make sure no one will overlook them this conference.

“I think fans can expect a lot of surprises,” Vestal said.